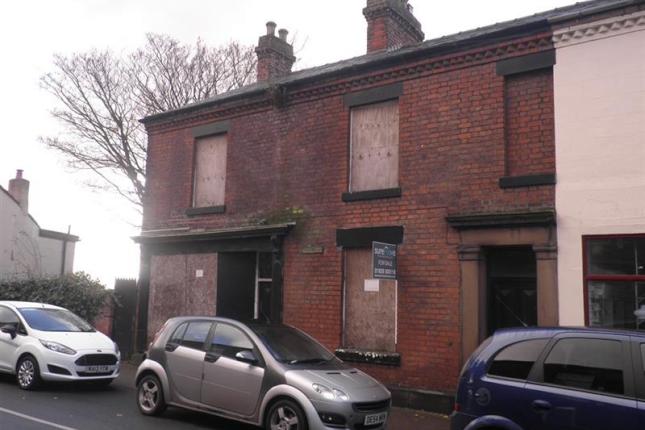 This post is about an interesting property which is causing quite a bit of controversy locally. It is situated on Main Street in the conservation area of Halton Village. I have noticed the locals up in arms over the unattractive finish of the building, and I certainly agree, the new brick work sticks out like a sore thumb instead of blending in nicely with the rest of the property.

But lets put aside the aesthetics and lets look at the figures. The property is currently on the market with Barlow White Estates in Monton, Manchester with a starting bid of £480,000. The property was purchased in April 2015 for £148,000!!! So what can have possibly happened to this property over the last 2 years for it to go up in value by £332K.

Well, after the planning permission was turned down to build new houses on the grounds, the current owners have been very clever and have decided to adapt and extend the existing property. They have built a large extension on the rear creating a 10 en-suite bedrooms forming a HMO (House of multiple occupation). This has the potential to produce an annual rental income of £57,200. The owners have now put it on the market with a high price tag of over £480,000.

I am going to keep my eye on this one as I would be interested to see how long the property is on the market for and how much it eventually sells for, but the owners have taken a risk on this property, and could be in for a very healthy profit.

As always, if you would like to pop in to our office to discuss any aspect of buy to let, please do pop in.